Facebook and children’s wellbeing: What families need to know

A recent investigative journalism series, The Facebook Files by the Wall Street Journal, has shone a light on the insights Facebook has on how their products can cause harm to some of their youngest users.

The series is big news because of the massive reach Facebook has into homes around the world; Facebook owns platforms including Instagram, Whatsapp and Messenger, meaning more than 3.5 billion people worldwide use Facebook-owned products. With the ability to control the online experiences for this many users, the company has an enormous global influence.

For many parents, hearing these recent revelations about the world’s biggest social media platform may not be particularly shocking. Since the 2016 Cambridge Analytica scandal, the influence of Facebook on politics, democracies and communities has been widely discussed.

But for young people - some of the most keen users of platforms like Instagram - the underlying mechanisms behind how Facebook operates can seem uninteresting, or even irrelevant . However, given Facebook’s own internal research  includes  findings on harms caused to some of their youngest users, this disinterest needs to change.

Teodora Pavkovic, lead cyber-safety and digital wellness expert from Linewize by Family Zone,  shares some of her timely advice with parents navigating their children’s use of Facebook products.

Teodora summarises the three main takeaways parents should be paying attention to, which have to do with:

In the first article published in the series, leaked company documents detail how Facebook’s most-followed users are not subject to the same content restrictions and ‘terms of use’ as its mainstream accounts. As Teodora explains, it’s a bigger subset of users than you might expect:

“Facebook's highest-profile users are not subject to many - or any - of the platform’s restrictions… At first, that might sound like just a handful of celebrities, but it’s actually 5.8 million people who are exempt.”

Social comparison has always had a significant impact on teenagers’ decision-making, and social media facilitates social comparison on an exaggerated scale. If we consider that some of the most widely-followed profiles are likely the ones being   compared to the most , the implications for teenagers are worrying .

“The second finding is that just over one third of girls who have issues with their body image, experience a worsening of these issues after using Instagram. That, as well as other issues like anxiety and depression, were found to be made worse by Instagram in one segment of the young women who were polled,” says Teodora .

The Wall Street Journal’s findings about Facebook’s impact on teenagers and their mental health sent shock-waves around the world, even prompting a hearing in the US senate commerce committee. In the hearing, Facebook’s Global Head of Safety detailed the measures the company took to ensure “safe and age-appropriate experiences for people between the ages of 13 and 17’’. However, according to Teodora, part of the harm Facebook causes young people is a direct result of  the platform’s design, including how its predictive algorithm serves popular content related to content you’ve already engaged with :

“A teen girl might look at something as innocuous as a healthy recipe, and can be taken down a path that eventually leads to anorexia-related content. One particularly problematic design feature is the Explore page on Instagram, the area that serves up curated content to each user.”

The problem with Facebook's algorithms runs much deeper than just the recommended  content features. The Facebook Files featured statements from ex-employee, Frances Haugen, who blew the whistle with concerns about how Facebook knowingly uses an algorithm which promotes polarising content. As summarised by Teodora:

“The new algorithm that Facebook introduced in 2018 seems to work with a bias towards the most frequently re-shared content. The problem with that is that it ends up amplifying some of the most troubling, polarising and harmful content… Content that stimulates feelings like anger, distrust, fear, a sense of injustice; those are the kinds of emotions that lead people to share - and reshare - the kind of information that can potentially cause harm to society at large.” 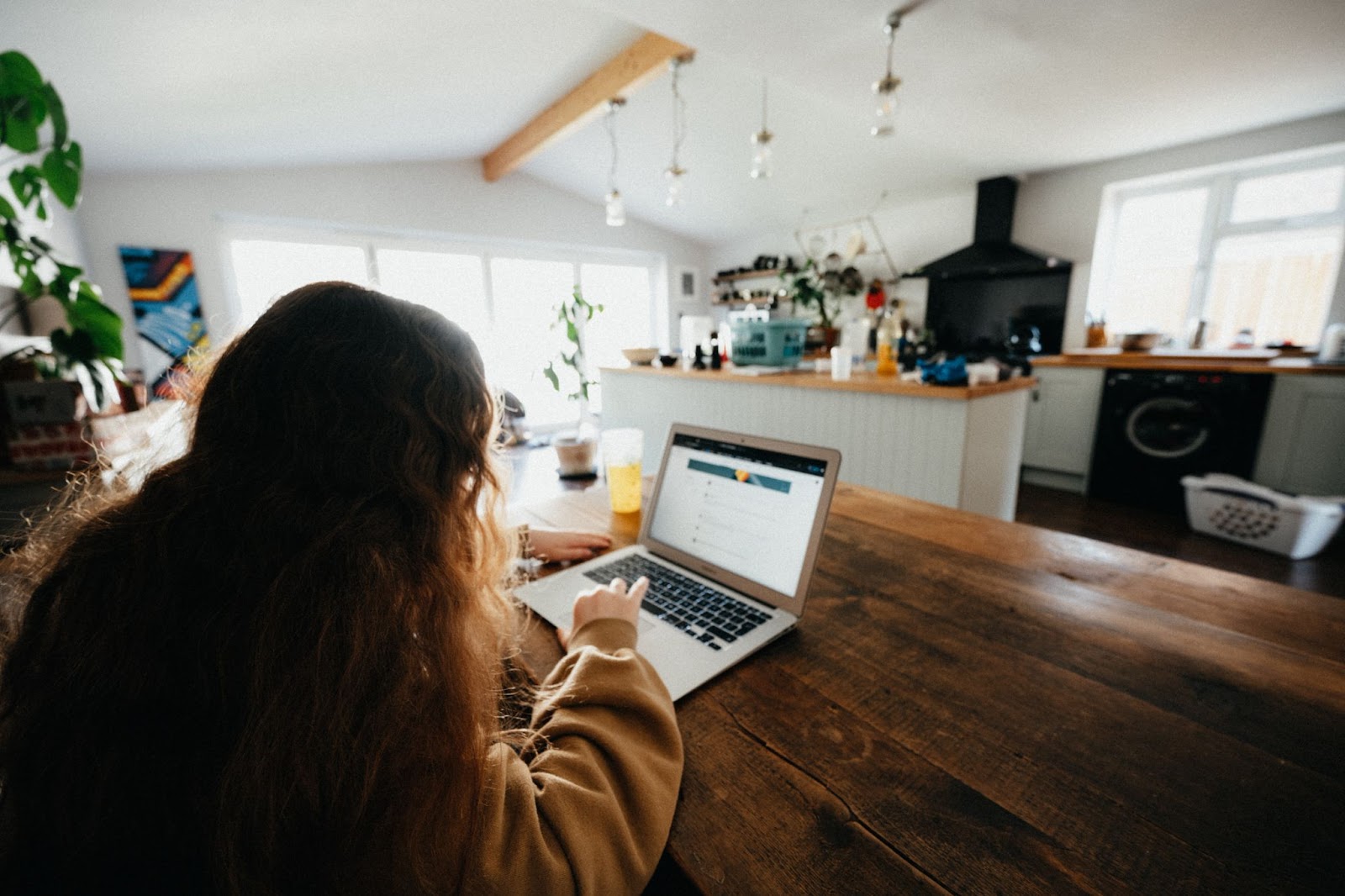 Photo by Annie Spratt on Unsplash

How parents can respond

In light of The Facebook Files, some parents might  be tempted to immediately remove their children’s access to all Facebook products. This is unlikely to go well, especially considering this news comes at a time when children are still reeling from the disruption to their social lives caused by COVID-19, which lead them to rely heavily on social media and gaming platforms for social connection.

Still, a free-range approach to social media use is something Teodora doesn’t recommend:

“Whatever piece of technology it is, never give your kids the time and the space to use it completely on their own, especially when they’re younger. They need to be gently introduced to technology, with supervision, so they can learn the foundational skills of being a good digital citizen early in life”.

Start with a conversation

Children are reluctant to talk to their parents about their private and social lives, and this hesitancy extends to their online lives. So, when starting a conversation with your children about their wellbeing online, especially  on social media, avoid coming at it from a place of fear - you are much more likely to come off sounding like an interrogator, instead of the caring and concerned parent that you are. We always want to avoid our kids shutting down on us to protect their privacy, or worse still, consulting the internet for advice instead of us and potentially stumbling on inappropriate or even harmful content.

Teodora recommends using The Facebook Files as a conversation starter around the harm some young people experience at the hands of social media:

“You can use this reporting from the Wall Street Journal, and these congressional hearings, as conversation starters. Share your reaction to these and ask your kids about their own relationship with social media… Talk about these findings, and how nowadays  we often  look to social media for help or support , but how this can  often backfire.”

Teodora encourages parents to make your conversation as open as possible: “As much as possible, be honest and non judgemental. Share your fears, and share your concerns, but let your child know that you realize their experience may be different to yours. Get the conversation started from there… If your child hasn’t had negative experiences on social media themselves, it’s very likely at least one of their friends has, so ask them about those experiences too”.

Whether we like it or not, technology and social media are permanent fixtures in the social landscape of teenagers, so parents should be ready to look for safe ways for their children to interact in these spaces. But compromise or no compromise, your child’s wellbeing must come first.

“It’s about figuring out how your child can interact with technology to reap its benefits and not feel socially excluded, while also making sure you are prioritising their wellbeing first and foremost. Everything else can take a back seat when children's wellbeing is potentially at risk”, says Teodora.

If communication and connection is what they’re looking for, encourage your kids to look for alternative apps to do that on. Apps like Facetime, Zoom, Skype and iMessage, for example, don’t have the kind of elements of persuasive design that social media platforms do,  so these are safer to use.

“Bare-bones platforms will be the safest to use for all age-groups, but if you have younger children you still need to have  oversight over their conversations in these virtual spaces”, Teodora warns.

Even before children start using social media platforms themselves, you should speak to them about the intentions behind how platforms and technologies are built. According to Teodora, there is no such thing as ‘too young’ to start this conversation:

“From the moment they are exposed to commercial agendas - through online games or otherwise - you need to start talking about platform design and online behavior.”

Encourage your kids to think about why games want you to access their special features, why some features are made more prominent than others, and what kind of time-commitment these platforms expect from their users. What behaviours are platforms encouraging? Why are they encouraging them? Who ‘wins’ when you engage in these behaviors?

In families with  multiple children, you should also be mindful of the role of older siblings. Your older children will model and influence behaviours which your younger children may look up to, and how your eldest children interact with technology will be noticed and imitated by their younger siblings.

Facebook’s impact is also in your hands

While we’d like to see Facebook take accountability for the harm they cause and enact significant change, Teodora likens that to “Hoping the Titanic will change course right before it hits the iceberg”. They are the world’s biggest social media company, bound by advertising dollars and investors, and their money holds the reins. Change won’t come easily, or quickly.

With this in mind, assuming responsibility ourselves is the greatest chance we have in the short-run, at minimising potential harm to ourselves and our children.

“There are many organisations that are trying to tackle the problem from the bottom up. As cyber safety experts, Family Zone are part of that group, creating change through our software solutions as well as through our Digital Wellness Community Program that educates and empowers school staff, students and parents.”

Once you’ve built your own knowledge, don’t shy away from sharing it with the people around you so they can benefit from it, too. Together, we can work towards better educating ourselves, holding technology companies accountable and preventing harm to future generations.